Renmark – taking its name from the Aboriginal Naralte tribeword meaning “Red Mud” is the first town on the Sturt Highway for East Interstate Travellers. Ian Showell, a local Renmark man, built the first commercial paddle powered houseboat on the River Murray that was Launched in 1961. The Houseboat industry has since developed into one of the biggest tourism industries along our mighty Murray offering dining or hire for ‘drive yourself’ holidays.  Renmark today hosts a large shopping precinct both in town and just out of town at it’s modern Plaza complex. The newly refurbished Renmark Club takes pride of place on the river front, with the Renmark Hotel just across the road. Each venue offers the perfect place to relax, sit back and watch the number of water sport competitions held on the river. Renmark is also home to the well Known Ruston’s Rose Garden, the largest rose garden in the southern hemisphere that is home to the annual, nine-day Rose Festival in October. Renmark and surrounds offer so much more. Good camping, excellent fishing and a bike and walking trail from Renmark to Paringa. A great place to visit all year round! 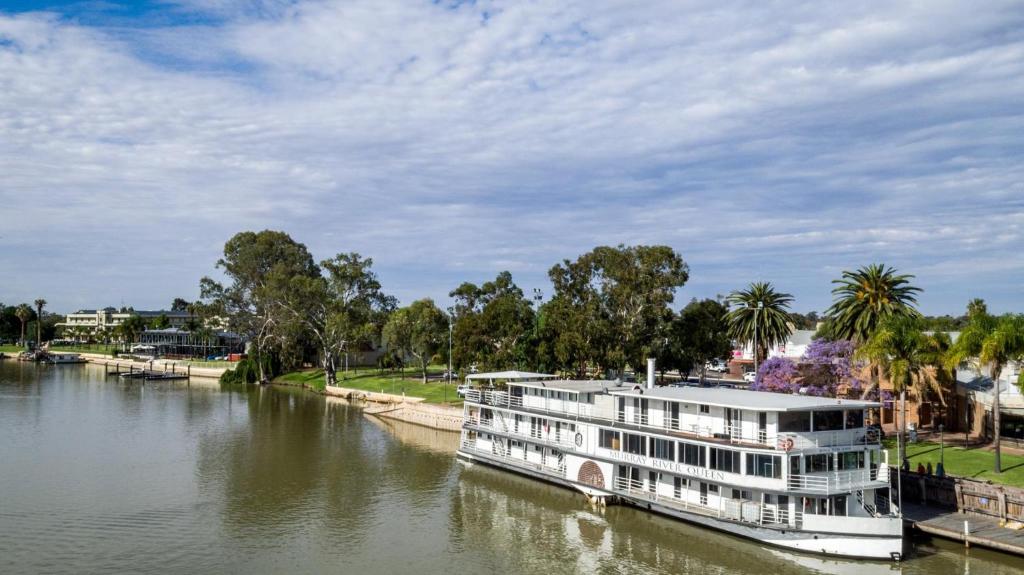